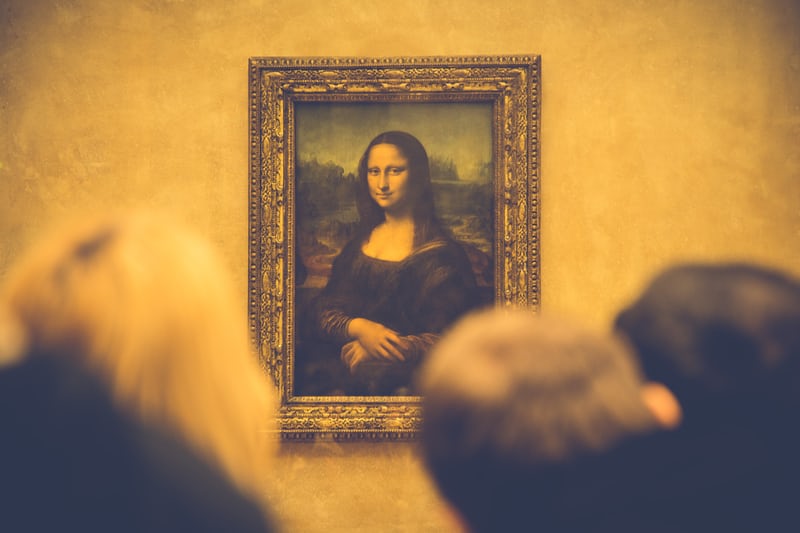 The Mona Lisa by Leonardo da Vinci has for centuries been praised for its enigmatic aesthetics. The painting has inspired countless recreations by various artists and continues to attract art enthusiasts from all over the world. Now imagine learning that the same painting along with several others belonging to the Dutch Golden age was accepted for registration by the Danish Patent and Trademark Office. Trademark, a concept that is purely of a commercial character was classically not associated with works of art. However, over the years there have been numerous examples of registered trademarks containing or consisting of works of art.

CAN ARTWORKS BE TRADEMARKED?

Freedom of choice and enterprise along with the existence of minimum restrictions is imperative for a market to operate smoothly. This freedom also includes within its purview the discretion to pick a trademark that makes your business stand out among others. The Danish Patent and Trademark office which in the year 2014, approved the trademark registration of the paintings of PS Krøyer consisting of works of art dating back to the nineteenth century. The Night Watch, a seventeenth-century painting of the Dutch Golden Age Era, stands as a registered trademark in the European Union for goods in class one. Yet another example is of The Milkmaid by Johannes Vermeer, a registered trademark of the European Union, marking goods such as bread and milk, and playing a key role in advertising and building association of the people for the goods intended to be marketed under said trademark. Such examples go on to support the fact that works of art may serve as trademarks in business to distinguish the goods and services of one economic operator from those of others. At certain times works of art may be created with the sole purpose of being used as a mark in business. Others may often be the subject matter of copyright law that has fallen into the public domain. Even so, simply because a trademark is protected under copyrights does not automatically, at the very outset, validate a rejection.

A key point of consideration now would be the comparative spectrum of protection accorded by trademarks and copyrights. While the objective of copyrights law is to secure adequate incentives for the creative efforts of authors and artists, trademark law seeks to protect the distinctiveness of marks so as to avoid confusion and prevent deception in the market. The subject matter is protected under copyright law must be an original creation of the author whereas a trademark must be capable of distinguishing goods and services of one operator from that of the other. To state it generally, copyright accords the holder the right to control the distribution of his work while trademark enables the holder of such a right to command control over the association the consumers form with the mark. Since the two rights are based on different economic grounds and driven by separate goals, there is no reason they should not be enforced in separation from each other. The mere fact that a copyrighted work has fallen in the public domain should not by itself preclude protection under trademark law. If a trademark is independently capable of being recognized on its own and signifying an association with the goods, then trademark protection should exist concurrently or independently of copyright protection. Therefore, certain subject matter is quite prone to overlap between the two rights and this also includes pictorial devices such as paintings, drawings, figures, and photographs. These works have been included in Article 2 (1) of the Berne Convention as examples of literary and artistic works with drawings and paintings holding an express mention. They are classically protected as original productions under copyrights but may also enjoy simultaneous protection under trademark. Furthermore, copyright lasts for a fixed period of time after which the work descends into the public domain where it may then become capable of trademark protection. The question that now needs to be answered is: whether any kind of work of art can be registered as a trademark?

For a work of art to be registered as a trademark, it must be of a distinctive character and enable consumers to identify the work of one entity from that of another so as to avoid confusion. It is also necessary to look at the grounds of refusal of trademarks under the trademark regimes. A trademark may not be registered if it lacks a distinctive character, or is deceptive, applied for in bad faith, or if it is contrary to public order and morality. The above conditions are mandatorily checked for during the registration process. Under the European Union Trademark Regulations, trademarks that conflict with public policy and morality can be rejected under Article 7. The equivalent provision in India is Section 9 of the Trademarks Act, 1999 that rejects a trademark if it contains scandalous or obscene matter.

Further, certain works of art enjoy a prominent place as symbols or emblems of cultural heritage, depicting a nation’s foundational values. Trademark cannot be granted for such works, as in the case of Gustav Vigeland’s artwork. The court ruled that, in such cases, granting a trademark would be considered “a misappropriation of a desecration of the artist’s work, in particular, if it is granted for goods or services that contradict the values of the artist or the message communicated through the work of art in question”. In such cases, therefore, a registration could potentially offend the values of citizens, by going against the acceptable standards of public order and morality. Also, since principles and morals differ from state to state, the assessment of trademarks on this basis shall depend on the individual specifics of each case.

The distinct function of a trademark is to distinguish the goods and services of one entity from those of another and therefore to form a specific association with the brand among customers. The next question that arises is whether a work of art can satisfy these functions in trade? The registered work of art must be capable of bringing to the minds of customers the goods and services it is associated with. To ensure this, an array of marketing and promoting strategies of how to use the mark in trade must be implemented so as to build a said association. This ensures that the mark satisfies the commercial expectations in the course of trade along with being used regularly on the goods and services in the market. In the recent case of street artist Banksy, the EUIPO canceled the trademark of the artist’s well-known artwork “Flower Thrower” for being filed in bad faith with no intention of using the sign as a trademark in the course of trade and to identify the origin of goods and services in the market. Such a case did not qualify as a legitimate use of trademark and was therefore cancelled.

Artworks are therefore eligible for registration as trademark provided there are no absolute grounds of refusal. That said, how the trademark is utilized commercially in the course of trade must be clear at the outset. Success of the brand would depend on how the registered piece of art is employed to create an association towards the goods and services of the brand in the market, in the absence of which it may be susceptible to cancellation.

We at Photon Legal, take immense pride in advising and assisting our clients through the process of registration of their trademarks. If you are interested in registering a new trademark for your business or have any queries or questions regarding your existing trademark, write to us at photon.ip@photonlegal.com and we shall be happy to assist you.