Can a machine be an inventor?

By Amit KoshalOctober 6, 2021No Comments

The potentials and capabilities of artificial intelligence may have been unbeknownst to man once, but this has ceased to be the reality of modern world. With Tesla announcing its first humanoid, Teslabot, the dynamic growth of the Tech world surely has come a long way. This growing trend is given impetus by granting patents to inventors to ensure balance between monopoly rights of the Inventor and/or owner and the benefit of the public. From Artificial Intelligence being an invention of humans to Artificial Intelligence making such inventions, the blurred line between inventions and inventors is set to be blurred a little more.

Heard of DABUS yet?

Case in point- an AI named “Device for the Autonomous Bootstrapping of Unified Sentience” or DABUS. Dabus is described as “a type of connectionist artificial intelligence” by its inventor Stephen Thaler. Dabus has reportedly invented two patentable novel inventions, namely a beverage container and fractal light signals, causing Stephen Thaler to name himself as the “owner” and Dabus as an “inventor” in the respective patent applications filled in UK, USA, Europe, South Africa, and Australia.

In 2018 and 2019, Stephen Thaler, owner of DABUS and applicant of his creations filed parallel patent applications in the U.S., Europe and U.K. pertaining to the two aforementioned inventions. These patent applications brought to light several issues that hadn’t been debated before. The Argument put forth by Thaler is that the DABUS was able to “recognise the novelty of his inventions before a natural person did” and therefore, should be granted patent as an inventor. Rights of DABUS as the inventor would rest in Stephen thaler himself because he was the owner or successor in title of DABUS. These applications were categorically declined by the three respective patent offices, citing close to similar reasons.

Where was DABUS’s inventorship denied?

European Patent office (EPO) rejected the patent applications by relying on the legal requirements as specified in the European Patent Convention under Article 81 and in Rule 19, para. 1. These provisions clearly specify that in cases where applicant is not the inventor, a separate designation stating the “family name, given names and full address of the inventor” has to be filed. Here, the European patent office discerned the distinction between names given to natural persons and names given to things, highlighting that name given to a natural person enable the exercise of their rights and are a part of their personality. The EPO stated that “inventor” in terms of the European Patent Convention is a reference to natural persons only, and at present AI systems and machines have no legal personality.

Stephen L Thaler v. Comptroller General of Patents, Design and Trademark discussed the issue of AI and Inventorship in United Kingdom Intellectual Property Office (UKIPO) with Thaler contending that DABUS’s ownership by Thaler transferred DABUS’s right to grant patents to Thaler. This led to the question of the capability of DABUS as AI to have rights, let alone transfer them to its owner. Section 7 of the The Patents Act, 1977 of EPO enumerates the “Right to apply for and obtain a patent” and uses the word “person/s”. However, Stephen thaler sought to rely upon Section 13 of the Act that talks about mentioning the Inventor.

Although UKIPO referenced to cognizance of changing trends, it denied Thalers Application relying on the requirement of an “inventor” to be a natural Person. Another requirement in UK is that the said individual must contribute to the invention or inventive concept. The Office did not recognise thaler’s right to apply for the patent due to his ownership of DABUS either. This decision of UKIPO was reviewed in the England and Wales High Court, wherein the court relied on reasons similar to UKIPO, and upheld its decision. The Court also did not sustain Thaler’s reliance upon Section 13 only, and read Section 7 in consonance with Section 13 of the Act.

Similarly in the US, The United States Patent and Trademark Office (USPTO) denied the application by Thaler, relying on 35 USC 100(f) that defines an inventor has “individual/s”, and held that Thalers argument of recognition of DABUS is a “broad interpretation” that is precluded by the Patents Act. To support their analysis, the Office referenced the General Scheme of the Act that uses words such as “whoever”, “Himself” and “herself”. The Office held that the present legislative scheme recognises and limits inventorship to natural persons only. The USPTO did not make any determination as to who actually created the patentable inventions, unlike UKIPO and EPO that indicated that DABUS had created the invention, however could not be granted the patent due to procedural and formal issues.

Where was DABUS’s inventorship accepted?

Despite the above rejections, in a world first, South Africa has granted notice of acceptance of the complete specification filed by Thaler stating DABUS as the inventor. Contrary to the laws of the above discussed jurisdictions that are very specific, South African Patent Act 57 of 1978 (Patent Act) does not laydown a definition for the word “Inventor”. Additionally, the patent system in South Africa does not include a substantive search and examination process. A direct implication of these circumstances is that the scope of interpretation can be widened so long as the paperwork formalities are met adequately. The grant of this patent, that can still be opposed on grounds of inventiveness and novelty, does not seem to be a mere oversight and is in consonance with the recent policy decisions in South Africa.

Between 2019 and 2021, the Department of Science and Technology’s White Paper on Science, Technology, and Innovation; the Presidential Commission on the Fourth Industrial Revolution; and the proposed National Data and Cloud Policy in terms of the Electronic Communications Act 36 of 2005 have been published. National Data and Cloud Policy promotes investment and Exploration of AI in reformation and as a potential solution to capacity issues in South Africa. All these circumstances viewed together can be understood as South Africa’s move to capture a market that is currently not being recognised by bigger jurisdictions. As such, this development in acceptance of AI can possibly wield immaculate economic benefits as it fives impetus to investments by inventors.

Interestingly, in Australia, Delegate of the Commissioner of Patents had rejected Thalers Application as it failed to name a human inventor as per the requirements of the Patent Cooperation Treaty. The Deputy Commissioner considered that Section 15 of the Patents Act 1990 is inconsistent with an artificial intelligence machine being treated as an inventor. Thaler sought to review this decision, which was considered by Justice Beach of Federal Court of Australia in Thaler v Commissioner of Patents.  The Patent law in Australia is similar to that of South Africa in the sense that the word “inventor” has not been defined. Therefore, the court took notice of the changing trends of the 21st century and the earlier widened definition of terms such as “manner of manufacture”, to widen the scope of “inventor” to include AI. Interpreting Section 15, the court held that although DABUS, as an artificial intelligence system, is not a legal person and cannot legally assign the invention, it does not follow that it is not possible to derive title from DABUS. Since, Thaler is the owner and controller of DABUS, he prima facie has a title to the invention and does not require an assignment. This entails that although DABUS cannot be granted patent as an applicant due to lack of personhood, he can be an inventor in his capacity.

The Question of granting inventorship to DABUS has brought to light issues that need to be discussed by policymakers instantly, keeping in mind the current pace of Technology Development. The reason is simple, developments in future times are likely to be even more progressive and they should not be regressed only due to rigidity of the present law. The purpose of law should be, and is, to give impetus to growth and development. The issue of DABUS is not the first time that law or policy makers have been in the face of a predicament. Earlier, landmark decisions like Diamond v. Chakraborty and  J.E.M. Ag Supply, Inc., v. Pioneer Hi-Bred International, Inc  of the U.S. Supreme Court have paved way for fundamental developments in patent law by allowing patenting of living organisms and protecting plants with utility patents, respectively. These decisions can be analysed as keeping pace with the dynamic growth in science and technology, as it then stood.

Besides, granting inventorship to AI would release the requisite knowledge in public with regard to areas in which AI can be effectively used and can also be used to monitor the uses of AI, to prevent any destructive or immoral subjections. This can also benefit those who are cynical towards the idea of AI fearing that it would take over the human race. The consequences of utter disregard towards AI could be disastrous. It would subdue the real purpose of patent law of granting certain rights and economic benefits to inventors as catalysts of growth and development, and could discourage the community as a whole.

An ancillary issue is also the capability of Patent law to deal with these technological developments. Although clauses like “public good” or “morality” are considered yet, DABUS has also brought to light the grey area of law. Assuming that inventorship should be granted to an AI, issues such as legal hood and personhood, capability of natural persons only to get a patent and the capability of AI to have statutory rights, let alone transfer them are still left in the void. It would not be wrong to say that the understanding regarding AI and legal personality is still only in the developing stage. Ambiguity and chaos could result, if necessary, issues are not considered beforehand or if reliance is placed only on developing jurisprudence. As much as the issue of DABUS and Inventorship could be a glorifying start to a new world, it must be considered with caution, to develop a cohesive system of law. We, at Photon Legal can help you maximize your AI patent portfolio with unmatched IP and technical excellence. Should you require any further details and have some patent worthy ideas, do reach us out at: photon.ip@photonlegal.com. 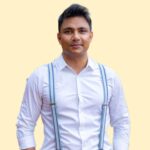