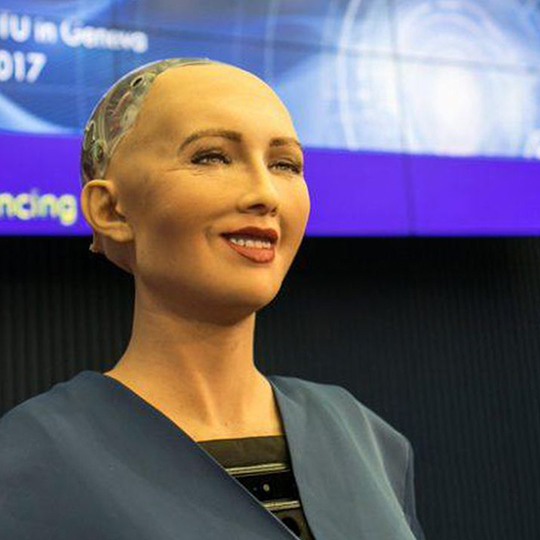 Right from Tony Stark’s Jarvis to Amazon’s Alexa, AI has become a supreme facet of the present as well as future with mankind moving towards the era of technological advancements. AI simply put, is the ability of a machine or a program to think, learn and make decisions independently in order to enable problem-solving akin to human behavior. AI which originated merely to aid faster calculations has become far more complex and nuanced. It can even predict natural calamities inevitable saving millions of lives.

Majority of the inventions today are aided primarily by an AI who helps the inventor achieve desired results by running algorithms, permutations with the use of adaptive behavior and predictive technologies. Most of the patentable inventions today would not even exist had an AI not been used. But what happens in cases where the AI, in the process of achieving the desired result, creates a new invention without any human intervention or creativity involved? Could the AI then possess ownership rights in the patent?

Parallelly, AI is capable of producing original content like poetry, music, 3D printing without any human intervention. In 2016, the Washington Post launched an AI reporter called ‘Heliograf’ who covered hundreds of articles on the US presidential elections as well as the Rio Olympics. In November 2019, Endel App became the first algorithm to sign a label deal with the Record Label Giant Warner Music. In such cases, can the AI get ownership in the copyright?

Current IPR laws establish that an invention to be a patentable must possess novelty, an inventive step and an industrial application whereas for any literary, musical or artistic work to be granted a copyright, a work must originate from an author’s own sufficient skills, labor, and judgment. Thus, IP rights can primarily be bestowed upon a legal person. No country today recognizes AI as a legal person. The law perceives AI as a tool and not as the creator or the owner of any IP.

Surprisingly, Sophia, a humanoid-robot was recently granted citizenship by Saudi Arabia which made her a legal person. Now, if Sophia composes a beautiful original melody or comes up with an incredible invention to save mankind, can she be called the owner of the IP? Technically, yes. But there have been conflicting opinions in the legal fraternity. It is argued that AI can be considered as a legitimate co-author along with the coder of the AI. This seems plausible as the work would not exist without the AI, nor would the AI exist without the coder.

In any country today, IP rights can be bestowed only upon a natural person or a legal person, like a Company. However, last year the EU was the first to consider a third category – ‘electronic personality’, which would have enabled AI to be the sole owner of IP rights. This idea was dropped by the EU after receiving heavy criticism by experts in the field of IP, robotics and ethics stating that it would hinder human creativity and incentive behind innovations.

In the future, even if AI was given ownership rights in IP, the most important facet of all would be LIABILITY. Taking the above example, if Sophia infringes Coldplay’s copyright in creating her music or alternatively if she uses an inventor’s patent without any license, who would be held liable for the same? If Sophia, the AI, was held liable, it would be impossible for her to pay compensation/penalty for infringement. This would defeat the ends of justice as she could get away with infringement every single time. Thus, when it comes to question of liability, it should ideally be attached to the human who created the AI or the one who had substantial control over the AI.

Eventually the world would not be able to deny ownership rights to AI as the level of inventiveness without human intervention starts beaming sky high. Alternatively, like the EU, other countries could add a third category of ‘electronic personality’ in their IP legislations. The legal fraternity would then have to create new legislations pertaining solely to AI in order to regulate them. It is likely that AI would play an integral part in human life and existence in the future and thus it is highly possible that one day machines would be the owners of IP, albeit 50 years from now.