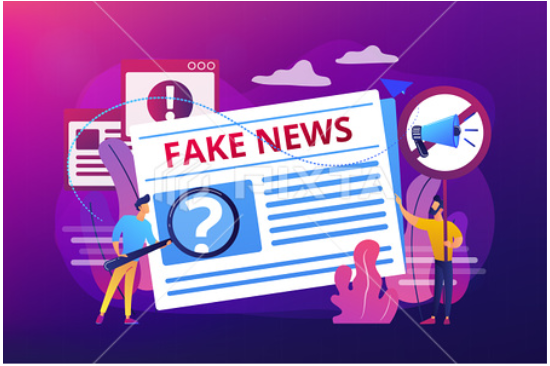 Alexander Pope rightly said ‘Half knowledge is a dangerous thing’ and we have been strongly witnessing it, especially in this digital era. It’s difficult to not fall for rumours when heaps of unfiltered information is freely available through different social media platforms, like Facebook, WhatsApp, Twitter, Instagram, YouTube etc. These social media platforms have billions of users and the numbers only increase every day. This increases the difficulty in filtering information since any one can access and upload content through these platforms.

Jency Jacob, Managing Director at a fact-checking website BOOM, works with Facebook to check stories and tag posts containing misinformation on the platform. She specifically mentioned that 2019 was the busiest year, so far, in keeping Facebook free of misinformation. ‘The fact checkers continuously kept moving from one event to another’ says Jacob. The posts and stories originating from live events, happening across the globe, were said to contain the most misinterpreted information. The best example for a live event would be Covid-19.

According to a recent report by BOOM , Covid-19 related fake news took a massive spike in early April, in India. Out of 178 fact checks conducted by the website, as many as 35% of them were fake videos, 29% images and a similar percentage were doctored messages on range of issues such as fake diagnosis and treatment, falsified quotes by celebrities with their photos, false notifications and lockdown guidelines among other.

The above mentioned figures indicate the traffic sources of fake content on social media platforms in US. Majority of fake information is circulated through social media platforms and which are then personally perceived and forwarded through direct shares as shown in the above figure. Rumours and misinformation about religion-based events tend to create more chaos and disharmony amongst the people.  In order to eliminate such rumours, the fact checkers have to get down to the origin of the circulated message but by then, the damage is most probably already done.

In the wake of the controversial congregation of Tablighi Jamaat in Delhi leading to a huge spike in positive cases in India, a number of fake videos began spreading over WhatsApp and other social media platforms depicting the group as “Corona Villains.” This incident coupled with rumours of Muslim youth being injected with corona positive blood in Indore led to a series of violent attacks on healthcare professionals as well as stigmatization of a community.

Though several laws already criminalised the act of spreading fake news, India taking view of the impact of fake messages in the pandemic, strengthened the prohibition by enforcing Section 54 of the Disaster Management Act, 2005. This section awards an imprisonment of one year for every person making or circulating a fake alarm or warning related to Covid-19 thereby causing panic. This was in addition to Section 505(1) of the Indian Penal Code which provided imprisonment for up to three years or fine for “making, publishing or circulating any statement, rumor or report which may cause fear or alarm to the public.” Several cases were registered and consequent arrests were also made pan-India.

The Ministry of Electronic & Information Technology also issued an advisory to curb false news on coronavirus to all the social media platforms which are ‘intermediaries’ u/s 2(1)(w) of Information Technology Act, 2000. This directive advised them to conduct due diligence and take immediate action so as to disable or remove such content hosted on their platforms.

In order to spread awareness amongst users, Facebook and WhatsApp have taken several steps to ensure that its users are able to differentiate between misinformation and real information and also help in tracking of the original message. Since a human mind cannot track down each and every circulated message across the globe for nearly every minute and verify it. Many start-ups and non-profit organizations have come up with a digitized solution to get rid of the misinformation which provides for a more efficient system to be put in place. 463 ideas and strategies under fake news detection on social platforms have been patented till date in the world.

In the above figure, from the 463 patents, 174 patents have been filed in the United States alone under fake news detection. Several patents have been filed in India as well for identifying origin, authenticating and preventing spread of fake news by automated means. However, despite the patents, social media continues to be flooded with misconstrued information. Whether it is their failure in operationalizing and using the patent or licensing it forward remains unknown. The exclusive right to utilize the patent or license or assign it further vests solely with the owner of the patent for a period of 20 years. It is only after this period that the patented technology be put to use by others.

Despite numerous patents particularly filed for detecting false news and misinformation, it’s surprising that we still do not have a functioning system in place.  It’s quite possible to analyse the incorrect information and get rid of it with several evolved technologies like Machine Learning, Natural Language Processing, Deep learning, etc.  Artificial intelligence has so far proved a boon for the era but it is failing to eliminate unrequired and faulty content on the Internet. All these techniques and inventions are still in the patent database making no difference to the corrupted information.

Are patents only meant to fill up the patent databases or are we waiting for a bigger more content crisis to pull our socks up?

Stay in, Stay safe and continue to work