Home » Blogs » DIY: Design and print It Yourself! 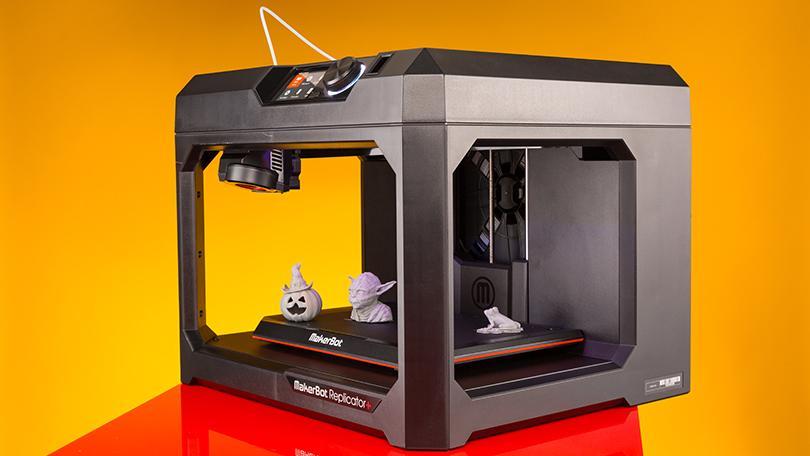 DIY: Design and print It Yourself!

Additive Manufacturing is a term that has been nearly used for decades and can now be seen in the light of day as 3D printing. The manufacturing sector has picked up its pace in terms of technological advancements with 3D printing.

In the early 1980s Hideo Kodama of the Nagoya Municipal Industrial Research Institute in Japan found a way to produce 3D solid products by printing material layer by layer. However, he failed to get a patent for his discovery as he did not file the full patent specification within the one-year deadline due to lack of funding and it just remained an idea. Further, the General Electric Company and Cilas, in France, also found a way to create 3D printed object but these companies couldn’t find a suitable application for the idea and dropped their discoveries. Later in 1986, an American engineer named Charles Hull successfully patented his prototype for a process called stereolithography (SLA). The patented SLA printer printed objects using acrylic-based materials which turned from liquid to solid using ultraviolet lights. Hull turned what was merely an idea into a practically applicable technology. He is referred to as ‘the father of 3D printing’. Two more methods for 3D printing were patented after SLA – Selective Laser Sintering (SLS) and Fused Deposition Modeling (FDM). SLS uses powdered grains to print and FDM uses heat to form layers of material into 3D models.

The foundation of above-mentioned 3-D printing methods led other tech companies to experiment with this technology and find new applications in the commercial world. In the 1990’s, several 3D printers came to the market that used an inkjet printer head to deposit wax. Initially, the 3D printing was limited to materials like plastics and wax-like materials which were structurally weak. Hence, the inkjet printers failed to produce durable products. New processes, such as micro-casting and sprayed materials, were found using which 3D printing could be used with metals.

At the time, 3D printers were expensive and printing a 3D object was more difficult and expensive than manufacturing one in the traditional manner. It was majorly used for prototyping products in the aerospace, automotive and medical industries. Early models of 3D printers were slow and could not fulfill high-volume production demands. 3D printing, as we see it now, became mainstreamed after several modifications and inventions in the field, which made it more consumer friendly and efficient. Post year 2000, the early patents on 3D printing started to expire, and inventors started to explore the newly public technology. The first low-cost 3D printer, manufactured in 2008, costed 650 dollars. Yes, it was low compared to the ones that were in the market at the time.

As the cost of 3D printing started to decline, the technology found much wider areas of applications and started booming. By 2014, 3-D printing generated more than a billion dollars in revenue. The technology brought a change in the manufacturing industry. For instance, many of the small-scale companies started printing their products, as manufacturers were not required anymore. Students started gaining access to 3D printers for their projects, machines can be repaired easily as small defective parts can be printed with 3D printers. A recent significant example of 3D printing application, which no-one could have imagined in the early 2000s, was seen in March 2020, as the world was fighting the Covid-19 pandemic and the demand for medical supplies increased rapidly. During the pandemic, 3D printing enormously helped in the rapid production of masks, respirators, valves and similar medical equipment components. Being a controlled and closed environment manufacturing process, 3-D printing was the most sterile, secure and safest option for production of medical supplies.

This technology provides great flexibility to the manufacturing sector by digitizing the production chain and meeting the on-demand requirements to create certain tools. It is also opening possibilities of new sectors of business. People have started learning 3D designing to provide services as professionals. It can drastically bring about changes in the healthcare and automobile sectors. The creation of lighter and more complex designs which were previously too time-consuming and expensive using traditional machinery are all set to accelerate the product development market.

3D printing has also made its mark in the consumer sector by several well-known brands. Footwear brands like Adidas partnered with Carbon and came up with their 3D printed midsoles while Reebok who partnered with BASF created its first line shoes with 3D printed outsoles which were sold out in a matter of hours. Personal care product Gillette explored this technology to produce custom 3D-printed razor handles. Chanel, from the fashion industry, also produced a mascara brush. These examples show that companies in the consumer sector have adapted to this technology quickly as testing and validating products has become faster thereby not only enhancing their development but also speeding up the time to market.

The importance of filing patents in the ever-evolving field of technology therefore cannot be overemphasized upon. Whether you are an investor, general counsel, researcher, inventor or CEO with an interest in technology – protecting and optimizing your IP portfolio is essential. We, at Photon Legal can help you maximize your patent portfolio with unmatched IP and technical excellence. Should you need any further details or have any patenting requirements, do reach us out at: photon.ip@photonlegal.com!