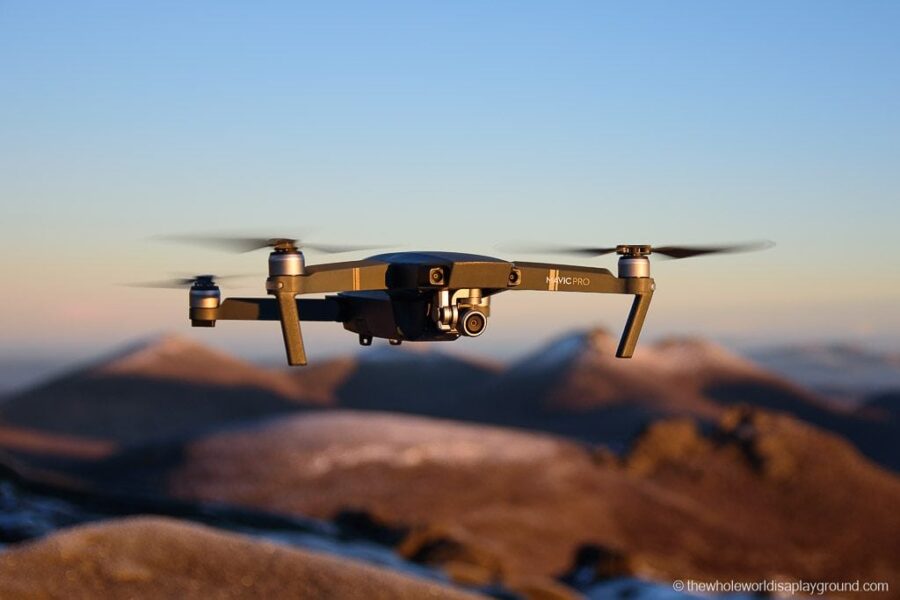 Well, many of us think that Unmanned Aerial Vehicles (UAV) or “drones” are a modern development. However, UAVs have an extensive history and can be traced as far back to the mid-1800s. Back then European armies used unmanned balloon aircrafts to deliver bombs. Although balloons may not be considered as UAV’s today, but this fascinating idea led to some serious technological advancements in the drone sector.

It was only after the end of World War I, that companies started pushing drone tech with inventions like the Hewitt-Sperry automatic airplanes and the Kettering Bug, an unmanned aerial torpedo. Military units across the globe were amongst the first to recognize the benefits drones could provide to wartimes strategies; hence UAV’s were solely used for Military purposes then. Warfare is certainly responsible for paving the way to the drone technologies we have today. However, drones today are used in a multitude of ways, from hobby racing and industrial safety to security surveillance.

In the recent times, Drones have been rapidly gaining popularity. From precession crop monitoring systems, to delivering help packages in menacingly flooded areas, the drones have got it all covered. Whether drones are controlled by a remote or accessed via a smartphone app, they possess the capabilities of reaching the most remote areas with little to no man power needed and require the least amount of effort, time, and energy.

Advancements in both the underlying technology and ancillary functions have opened the doors for even more UAV innovations. Although, research and development of any nature can be a lavish affair; many companies around the world are investing in the research and development of this sector. With investments of this nature, inventions are conceived and to protect these inventions, thousands of patents are filed. The exponential growth of UAV has led to an upsurge in drone patent filings. New and existent patent filings may offer a glimpse into a future with new uses of drones, whether it is drones for tackling disease control or vacuuming up ocean waste.

The drone patent activity began to pick up after 2013, when the e-commerce giant, Amazon announced its 30minute delivery system via drones. Amazon launched a drone-delivery service named Prime Air. The rate at which Prime Air was conceiving and devising ideas, and filing for patents, Amazon had to set up a whole new cell of IP team. In the drone sector, Amazon has so far been awarded over 500 patents for concepts and technologies for drone delivery, including patents for aircraft designs, safety security systems, methods for transferring goods from the air to the ground, hive-like fulfillment centers, among others.

Started in 2006, Dajiang Innovations (DJI), headquartered at Shenzhen, soon became the top drone brand. As of March 2020, DJI held nearly 77% of the US market share for consumer drones, with no other company holding more than 4%. From being a photographer’s favorite drone through to industrial and educational quadcopters, DJI offers a wide range of drones. Not only is DJI a market leader in drone tech but they are also the world’s largest patent holders. With over 1000 granted worldwide patents, DJI’s patent portfolio ranks at the top of the international top ten list. Their patented technologies include assembly, imaging, sensors, pet walking, photography and self-tightening rotors. France-based Parrot SA, is one of DJI’s primary drone manufacturing competitors and holds approximately 269 granted worldwide patents, less than half of DJI’s current portfolio. It is evident that the key to success in the UAV industry will be innovations and securing those!

Some companies like Boeing have come up with thrillingly unique drone ideas. In 2015, the US Patent and Trademarks Office approved Boeing a patent application on “Rapid deployment air and water vehicle”. The patent application describes a UAV that begins its journey as a remote-controlled airplane that then plunges into water, shedding some parts to be a practical submersible unit. The UAV can also be potentially recovered with a possibility of component reuse.

Drones are also being used for entertainment purposes.

Disney is one of the most active companies in this space, and has filed for a number of drone patents focused on entertainment. Synchronized lights shows, floating projection screens, and drone puppeteers have all been considered by the entertainment giant.

Drones are not just a fad – they are here to stay and the technology is booming with no end in sight. The same cost and efficiency benefits that have historically made drones attractive to the military are now applicable for a broad spectrum of business and civil government functions. We are just now touching the tip of the iceberg in terms of harnessing the true power of drones for business operations, and new ways of conducting business. As more drone tech patents are being issued, it is important to engage competent patent counsels to ensure that their technology is being protected.

Whether you are an investor, general counsel, inventor or CEO with an interest in UAV technology – protecting and optimizing your IP portfolio is essential. Photon Legal can help you maximize your patent portfolio with unmatched IP and technical excellence.