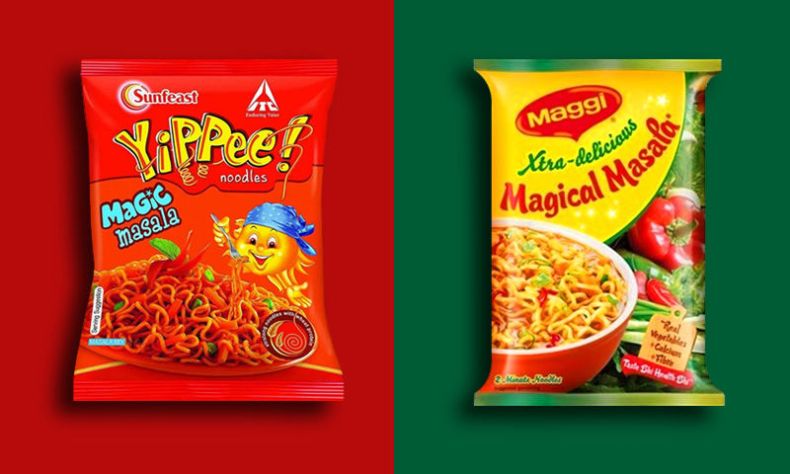 ITC Limited (‘Plaintiff’) and Nestle India Ltd. (‘Defendant’) have been in dispute due to the usage of the term ‘Magic/Magical Masala’ for instant noodles by the defendant. The conflict had arisen in 2013 between the Fast-Moving Consumer Goods (FMCG) companies: ITC Limited (hereafter “ITC”) and Nestle India Limited (hereafter “Nestle”). It was alleged that Nestle’s adoption of the phrase ‘Magical Masala’ for the purpose of marketing its instant noodles was phonetically similar to the phrase ‘Magic Masala’ that was utilised by ITC for their instant noodles namely, ‘Sunfeast Yippee! Noodles’. Following which ITC filed the present suit against Nestle for passing off. The court had to focus on the cardinal objective whether exclusive claim over ordinary words like Magic and Masala can be made either alone or in combination.

Contentions of Both Parties

It was contended by ITC that the phrase ‘Magic Masala’ had achieved distinctive and supplemental meaning and was linked with the instant noodle segment of ITC alone. They further contended that Nestle’s usage of the deceptively similar phrase ‘Magical Masala’ in 2013 would result in the passing off of their instant noodles to that of ITC. The plaintiff also laid down the contention that just because the term ‘Magic’ is used by others from the industry, it has no significance in the present case as the dispute is limited to instant noodles. Thus, no matter what, in law, third party use fails to be a defence.

On the other hand, Nestle contended that ITC used the phrase ‘Magic Masala’ as a “product/flavour descriptor” that describes the nature and character of the masala that is sold in addition to the bland noodles contained in the packet. Nestle has used the phrase ‘Magical Masala’ as a “flavour descriptor” for their instant noodles. Furthermore, Nestle contended that the words ‘Magic’ and ‘Masala’ or ‘Magic Masala’ are recurrent to the trade whose significance is laudatory. Therefore, it cannot claim distinctiveness in order to restrict others from utilising them. Moreover, section 9(1)(b) of the Trademarks Act, 1999 mentions that a trademark fails to be registered in case it is applied to indicate the quality, quantity, intended purpose or the kind of goods.

Observations of the Honourable High Court

The Hon’ble Madras High Court dismissed the suit after taking into consideration the pleadings and arguments of both parties. The Bench of C. Saravanan, J., disagreed with the contentions raised by the defendant which stated that the phrase ‘Magic Masala’ was adopted to highlight a flavour of the item, as there is no flavour known as ‘Magic’. Rather, the court pointed out that the phrase was adopted to acknowledge the quality of masala present in the product. Therefore, it is laudatory and cannot be monopolised. Further, the court held that ITC did not file any trademark application for the phrase ‘Magic Masala’ as a word mark which shows that there was no intention to use the phrase as a trademark or a sub-brand by them. The High Court also pointed out that a trademark can be permitted for registration under the trademark law, only if the mark gained secondary meaning. However, in this case, the phrases ‘Magic Masala’ and ‘Magical Masala’ are being used to determine the various flavours provided by both parties. The bench also held that a number of manufacturers have been using the phrase ‘Magic’ and ‘Masala’ prior to ITC’s ‘Sunfeast Yippee!’ thereby making it common to the trade. Moreover, the visual similarities are absent between both the wrappers with reference to their overall layout, colour scheme and style thus leaving no scope for passing off.

As per the observations made by the High Court, the phrase ‘Magic Masala’ is descriptive of the contents, common to the trade and laudatory. Even though the basis upon which the learned single judge made the decision appears to be fair, there are some observations in the present case that do not seem fit.

The court mentioned that the phrase ‘Magic Masala’ is laudatory as it is used as a way to differentiate between flavours, therefore making it unrecognisable as a trademark. But, the court also went on to say that if the defendant had not utilised the phrase ‘Magical Masala’ back then, there could be a possibility that in the future, the plaintiff’s phrase ‘Magic Masala’ could have achieved distinctiveness. However, both the considerations appear to be contrary thereby leaving a spot on the intentions of the court. Therefore, by taking into account that the phrases at issue are flavour descriptors as highlighted by the court, the same would fail to have a monopoly.

Further, in the present case, the point of whether the mark of the plaintiff is registered or not is irrelevant as it is a suit of passing off. Hence the chief point that had to be proved with respect to the phrase ‘Magic Masala’ was its goodwill. Even if the plaintiff’s trademark was registered, it wouldn’t have made any difference because it would still be necessary to prove the presence of goodwill, the likelihood of confusion and misrepresentation.

Moreover, even if the words ‘Magic Masala’ are considered protectable as a trademark for the sake of argument, the defendant’s use of the phrase is only descriptive. The expression is not used in the sense of a trademark by the defendant and hence should be allowed to utilise the same.

The present case has pointed out that a mark that has become common to the trade or is laudatory cannot be registered as a trademark. But as per section 9(2)(c) of the Trademarks Act 1999, in case the mark has obtained distinctiveness, i.e. a secondary meaning with reference to the goods of the manufacturer, then it can be recognised as a valid trademark.

It was necessary to establish a ‘long and arduous uninterrupted use’ over the phrase ‘Magic Masala’. It was also imperative to show that the phrase has acquired a secondary meaning. Failure to prove such observation led to the court competently settling the matter in favour of the defendant, Nestle India Limited. Should you require any further details and Trademark assistance, please write to our experienced team at photon.ip@photonlegal.com and we shall right back!