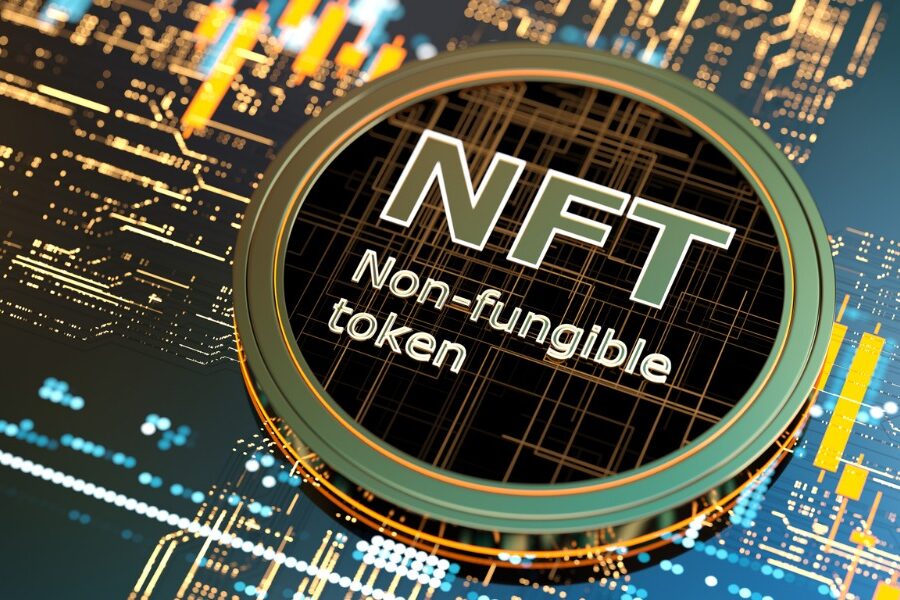 Non-fungible tokens (NFTs) are creating a buzz on the internet same as Elon Musk creates in the crypto market with a tweet related to Dogecoin. You might have heard the recent news involving Twitter CEO Jack Dorsey selling the first-ever published tweet as an NFT for an eye-popping $2.9 million. If you have not heard this, I am pretty sure you must have heard about Vignesh Sundaresan an Indian-born blockchain entrepreneur who bought the most expensive artworks ever sold at Christie’s. Vignesh bought the artwork as an NFT for a whopping $69.3M, EVERYDAYS: THE FIRST 5000 DAYS, created by famed digital artist Mike “Beeple” Winkelmann. All these numbers may look very compelling to creators but before you go and start listing your artwork as an NFT first let’s understand what exactly are NFTs.

What are Non-fungible tokens (NFTs)?

A non-fungible token (NFT) is a digital token that acts as a digital certificate of authenticity for digital artwork. NFTs are unique and can’t be duplicated because it exists inside a blockchain usually Ethereum. NFTs can be tracked easily which helps in the verification of their authenticity along with their history and owners.

NFTs may be represented as collectables like card collections but in a digital format. An important point is that ownership of an NFT does not inherently grant copyright to whatever digital asset the token represents, NFT is solely a proof of ownership. NFTs are a great way for compensating artists for their work. NFTs allow ownership to be recorded on the blockchain preventing unlimited reproduction or piracy and enabling creators to create financial rewards. This digital ledger system even allows artists to attach royalty agreements to their NFTs that entitles them to a percentage of the profits made every time ownership of the asset is transferred. NFTs are consequently changing the way the modern creator can earn a living.

Why are we hearing about NFTs so much now?

COVID played a big role in the NFT boom. In 2020, the total value of NFT transactions become more than $330M which was $44M in 2018. One of the reasons might be the bitcoin price which briefly surged to an all-time high of more than $50,000.

Carbon Emissions! NFT is an environmental nightmare. NFTs are usually bought using cryptocurrencies. To validate these transactions computer has to solve a pile of complex equations which require a humongous amount of electricity, and consequently generate thousands of tons of carbon dioxide. Research and Development to fix the environmental pollution problem of NFTs are still in the works to varying degrees, but they haven’t been widely adopted yet.

Patents in the field of NFT:

Patents related to NFTs or Digital Assets are here for quite some time now. Tech-giant IBM has already filed 80+ patents in this field. Companies like Nike Inc. have also filed 4 patents in 2018 related to “Cryptographically Secured Digital Asset.” The patents, in general, disclose about collecting a digital version of the shoe (digital asset) also known as Cryptokicks. The owner of the digital asset can also use the shoe as a skin on a video game character that may be developed and/or controlled by the user.

In general, companies are filing patents in the field heavily. But is it possible to sell or buy a patent as an NFT?

Patent as an NFT:

NFT’s can be applied to Paintings, Songs, Games, Films, Sports, Fashion, Virtual Real Estates, Patents, or any digital thing. Now you have a fair enough idea of what are NFTs and what artwork you can buy or sell as NFTs. But let’s help your smart brain to think and imagine more smartly.

One may own a Patent as an NFT. This will give the NFT owner complete ownership of that Patent only once the patent rights are transferred. An important point to note is that you can be the owner of the patent even if the patent is expired. Imagine being the owner of the patents that completely changed the world. Patents for Television, Bulb, Car, Telephone, world wide web, the list is never-ending. Even though these patents are expired today, and you cannot enjoy a monopoly for these patents, still the patents are valuable and can be collected in the form of NFT. If you buy a patent that is granted and active (not expired) you will also get the right to stop people from using it.

According to a Forbes report, out of the 2.1 million active US patents barely 5% have reached the market. Roughly 90% of the patents fail to be commercialized or find angel investors or licensees. Similarly, in India, no more than 5% of patents reach the market.

This simply means that there is a huge gap in patent commercialisation and this gap can be filled with the NFTs. NFTs can change the IP industry by storm and the number of patents that get commercialised will be impacted hugely. But how a creator or an applicant of the patent can list a patent to be sold as an NFT.

Shyam Nagarajan, the executive partner at IBM Blockchain Services, stated the fact that each patent can have its way of licensing the IP or transferring it makes it an interesting fit for NFTs and that is an extension of the boom in coding smart contracts and contract terms, licensing terms, and income streams. “NFTs make it possible to get liquidity that is usually sitting on the company shelf or the balance sheet,” he said.

Looking at the pace of how the NFT market is growing, it would be very interesting to watch IP professionals taking advantage of this golden opportunity. Nevertheless, the NFT space has been met with uncertainty from some creators and investors. Time will surely speak if NFT is a bubble in making or not.