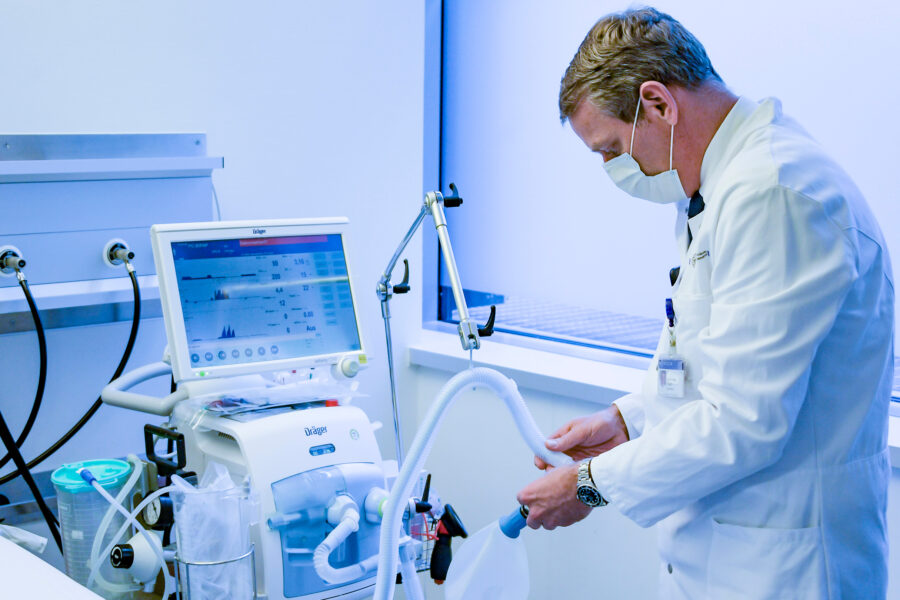 A ventilator refers to a device that assists in artificial respiration for human beings with lung failures. It provides mechanical ventilation and controls the oxygen and air flow from patient’s lungs. The first mechanical ventilator was developed and patented in 1949 by John Haven Emerson in cooperation with the Harvard University. Since then various design models have been worked upon to ensure success in critical life-saving situations.

The importance of ventilators has resurfaced during the ongoing COVID-19 crisis. The COVID virus, widely known as Corona virus weakens the respiratory system of the patient. This may lead to acute respiratory failure which has been observed as the most common cause for COVID related deaths. The function of ventilators is thus crucial and several improvements have been made to its design to ensure reliability in extreme situations. In light of this, ventilators have assumed importance as a life-saving machine.

However, there are not enough ventilators available in any country for all the potential patients.  Governments and health agencies across the world are working two ways – first to find a vaccine for COVID-19 and second to scale up the production of ventilators to save lives.

Let’s have a look on top companies who have filed patents for ventilators:

Koninklijke Philips is in the lead of patent filings for ventilators followed by Medtroic inc and General Electric Company. China has filed the most number of ventilator patents.

The above figure represents the number of patents filed each year. As can be seen, innovation in ventilators has seen an increase during 2015-18. It is being predicted that these numbers will be surpassed in 2020 in view of the current need for ventilators.

It has rightly been observed that “Necessity is the mother of invention”. The worldwide need for cost-effective and reliable ventilators has resulted in a variety of innovations in ventilators including mini ventilators, one ventilator serving multiple patients and portable ventilators. Various inventors have overcome the shortages faced by the popular design of ventilators which is expensive, immovable and power supplied. In Britain, James Dyson designed and patented a new type of ventilator, named “CoVent” in only 10 days. He has received an order for 10,000 of this quick and efficient CoVent from the UK Prime Minister. In the United States, many companies like Ford are working with health sector companies like 3M and GE Healthcare to produce ventilators. In India, various students from IIT’s and IIM”s have designed portable cost-effective ventilators available for as low as Rs. 2500 ($33). The Indian Space Research Organisation (ISRO) is also working on making simpler design of ventilators that can work without power supply. Companies are taking help of patents that have expired as well as those that have not been renewed i.e. inactive patents  for designing more ventilators. Given below are the International Patent Classification classes in which the inactive patents are present.

Around 1300 of 7250 patents filed for ventilators have expired and are available in the public domain for use. As represented above, class A61M16 is the IPC class for devices influencing respiratory system of patients by gas treatment. As most of these patents have expired, they can be used freely for manufacturig ventilators by businesses.

Patents with the most forward citations along with their respective patent numbers are represented in the table above. These patents can be accessed by typing the patents number here. These patents form the basic design of a ventilator which cannot be directly used by another business but it can be improved upon and patented. Innovators are permitted to take inspiration from an existing patented product, add ‘novelty’ and an ‘inventive step’ to the product and patent it. Various governments have requested inventors to refrain from commercializing patents filed on ventilators for better and cost-effective manufacturing during this crisis. Hopefully, cost-effective innovations will be released in the market soon and help the healthcare sector deal with the COVID crisis more efficiently. The future looks bright if more innovators come forward to improve the technologies involved in medical equipment.

Stay in, Stay safe and continue to work