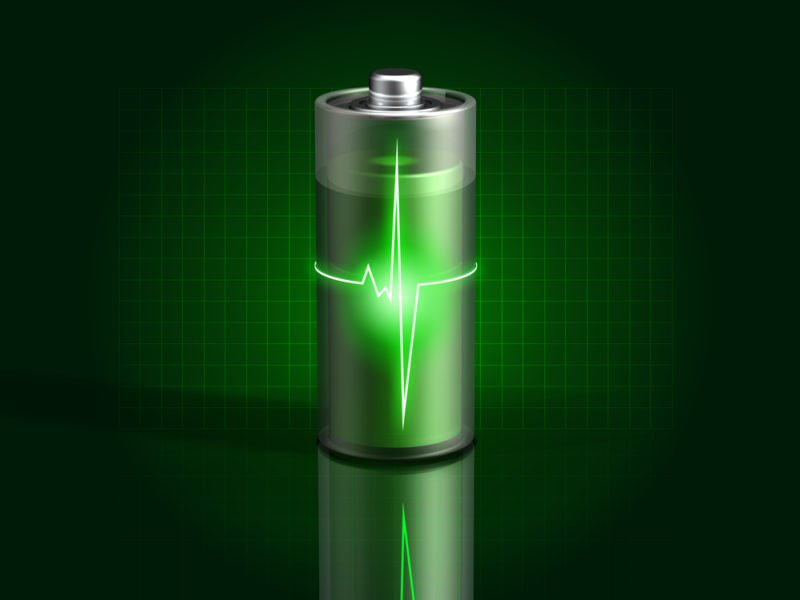 Time to Retire the Lithium-ion Battery?

Today, electricity is considered as one of the major resources determining the operation of any enterprise. So many of the daily processes depend directly on it, apart from the basic sustenance requirements that it fulfills – lighting, internet, air conditioning, food storage, appliances, computing devices, etc. Batteries have provided a safe way to store and use electric energy with easy and portability. The discovery of Lithium-ion battery (LIB) was a path-breaking one that enabled us to reuse the same battery multiple times, thus leading to birth of a rechargeable battery.

What is a Lithium ion battery?

Lithium ion batteries are a rechargeable type of batteries, which are most commonly used in portable electronics and electric vehicles. They traditionally use a liquid electrolyte, with graphite and a Lithium compound as the electrodes. They provide a high energy density by weight and the greatest electrochemical potential, making them one of the most used batteries commercially.

Looking at the timeline of its development, Stanley Whittingham first developed a rechargeable battery using Titanium disulfide and Lithium in 1970. His work was patented in 1977. In 1980, John Goodenough created and patented a battery that uses Cobalt Oxide, increasing safety and power given. In 2019, John was awarded a Noble prize in Chemistry for his valuable contribution. In 1983, Akira Yoshino developed and patented an improved battery which is now what we know as the traditional LIB. The first completely safe LIB took until 1991 to be introduced by Sony, while other corporations quickly followed the suit. In 2019, Tesla Inc. filed a patent for a battery electrode that will be able to power an electric car for 1 million miles.

Protection circuit: The fragility of the battery requires it to have a protection circuit to maintain safe operation. This limits allowable voltage extremes and also a safe operating temperature has to be maintained. Safety concerns around their working are one of the major drawback, with fire due to the battery heating being the prime concern. Samsung had to recall its Galaxy Note 7 devices after heating issues were noticed which made the device burst into flames. Even with the most energy-efficient variety, the LIB does pose a fire hazard.

Aging: without any usage, the battery capacity reduces significantly within a year, and failures start occurring in 2-3 years.

Constantly changing: Although we currently have a stable version of the battery, it is a constantly evolving science. Metals and chemicals are changing continuously and researchers claim that we still do not have a fully mature product.

Transportation: Shipment of a large number of batteries may dig up regulatory concerns, and even so, the LIB is a bulky object. The most economical ones as well weigh quite a lot, and have several restrictions of storage and transporting safely.

Expensive: In terms of stored energy, the LIB is costlier as compared to many other alternatives. An increase in cost with no significant increase in safety levels makes it a tough bargain nowadays.

Do we have any alternative?

Along with the disadvantages mentioned above, there are some serious environmental impacts that a traditional LIB has, and hence in recent times, there has been a lot of research in improving them or in finding an alternative. The supply chain for Lithium is said to be constrained, and with the ever-growing inclination towards Electric Vehicles, there may be an acute shortage of the raw materials.

Lithium-Sulfur Batteries: Being an improvement of the LIB, they have higher energy density and reduced cost. Lithium-Sulfur batteries were patented in 1962, with Lithium and Sulfur as the electrodes and saturated amines as the electrolyte. These batteries have seen a renewed interest and innovation in the last decade itself due to spread of awareness. However, the short life cycle and requirement of a huge amount of electrolyte has made its development somewhat stagnant. The issues it faces have not been completely addressed yet.

Zinc-ion battery (ZIB): Intrinsic safety due to water being used as the electrolyte, abundance of raw material, lower cost, easier manufacturing process, longer service are some of the advantages this type of battery provides. The University of Waterloo in Canada owns the rights to its patent. The innovation in terms of patents, however, is quite slow for ZIBs. Only 17 patents have been filed till date with only 2 of them being active, and China being the leading innovator. The patents are mostly focused on electrode materials, and there is some research ongoing in that area. The current valuation of the existing patents may mislead about the importance of ZIBs, but they are aptly hyped to be the next step in rechargeable storage batteries.

Sodium-ion battery (NIB): Analogous to LIB, the abundance of Sodium on the Earth itself gives it an edge, and these batteries are also inexpensive to manufacture. Although developed simultaneously with LIBs, their commercial value was not at par then. However, owing to the hazards of LIB, this type of batteries have started to gain prominence again. There are 889 total patent applications with this technology, the numbers spiking from 2016 onwards. China leads the charge by a large margin. There are a significant number of patents active here – 317, and the innovation being done is majorly in the field of methods of preparation of the battery. A further modification is Sodium-Sulfur batteries which give better efficiency, higher charge density, longer life cycle, and cheaper manufacturing process.

Hydrogen Fuel Cell – Fuel cells are considered to be the next big thing in the case of energy, and with no need for recharging as in a battery, they have numerous advantages to offer. A hydrogen fuel cell is one of the only power sources to provide carbon-free emissions, and thus truly a green source. They have a greater range, and Hydrogen being abundant makes it a viable alternative. Research and innovation are very hot currently for fuel cells in general and hydrogen-based ones in particular.

Graphene: Graphene is a stabilized and isolated material that is a frontrunner to replace not only Lithium but many other materials in various applications. Graphene has such extraordinary properties that it is one of the most sought-after materials today. Extensive research is being done for studying its various applications. Graphene is also one of the strongest materials known and this makes it a safe and stable option for battery material as well.

There are many other types of batteries using various elements for the electrodes to eliminate the problems of a previous type. Nickel Metal Hydride, Fluoride, Ammonia-powered batteries are some of the examples.

LIBs emerged by crushing the then popular technologies and having some advantages which are hard to beat even today. The batteries have great efficiency, charge density, and a long life cycle. However, it is a conscious step taken by many to focus research resources on developing alternatives rather than cleaning up the mess LIBs make. In the past decade itself, the number of patent applications has gone up in this field, with new options now becoming commercially viable and technically stable. The boom experienced by EVs has only given more strength to the innovation. All inventors have now realized the urgency of developing new battery types, and the rising number of patent applications and research papers is reassuring, to say the least. Do you have any such pathbreaking ideas and wish to patent it? Well, just take a step ahead and contact our team at photon.ip@photonlegal.com and we shall revert right back.