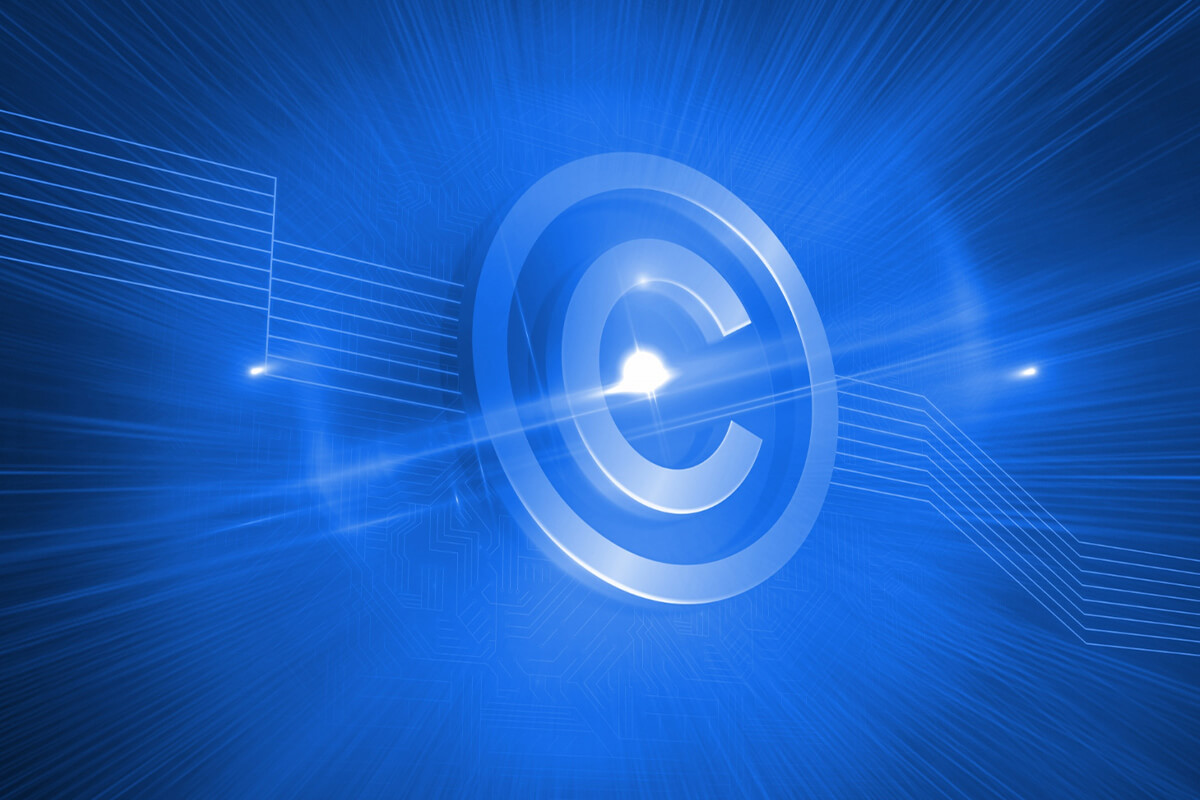 “ALEXA, play <trending> song!”,“ALEXA, turn the volume up!”Personally speaking, we all are well versed with Amazon’s Alexa, rather bossing around Alexa, aren’t we? Well, technically speaking Alexa isan Artificial Intelligence powered virtual assistant launched back in 2014 but today has become an element of most modern technology friendly households. Alexa gained popularity because of the variety of functions it could perform, from turning on/off the lights in your house to tracking your amazon order and telling you jokes, the virtual assistant has made itself immensely popular and useful. But do you know that Amazon has been sued multiple times by different companies such as Vocalife, Flexiworld Technologies, Innovation Sciences etc. for Patent Infringement? In fact, in October 2020, Amazon was ordered to pay “Vocalife” $5 million as royalty for infringing the company’s Patented Invention of a Smart Speaker System incorporated in Amazon’s Echo product, in the “Alexa” command.

More recently, however, the technology of this virtual assistant became the subject matter of a Patent Infringement suit in United States.Interestingly, Amazon scored a win for Alexa’s Voice Service technology in the patent infringement suit filed by Freshub in the Western District Court of Texas, Waco Division. Freshub Inc and Freshub Ltd. (collectively referred to as Freshub) had filed for a trial by jury that ultimately ruled in Amazon’s favour and pronounced its decision on 22ndJune, 2021.

In 2005, Ikan, the parent Company of Freshub Ltd. filed patent applications for its inventions of voice recognition and voice interpretation. Inter alia, these inventions allowed users to use voice commands to make and maintain lists and to purchase retail items. Ikan was merged with Freshub ltd. thereby transferring rights over it patents to Freshub.

Freshub is the developer of a Smart Kitchen Commerce Solution, that directly connects grocery retailers to IoT(Internet of Things) smart appliances in a customer’s Kitchen. Freshub enables a customer to access online supermarkets via these smart kitchen appliances such as microwaves, music players or smart bins. The technology powered by Freshub allows the customer to give voice commandsor alternatively, waive a product in front of the appliance to make and maintain lists, add items to shopping cart and make a purchase as well.

Between 2018- 2019, the United States Patent and Trademark office (USPTO) granted four patents (U.S. Patent No. 10,232,408; U.S. Patent No. 10,239,094; U.S. Patent No. 10,213,810; and U.S. Patent No. 9,908,153)to Ikan which were “directed toward a voice processing system to collect, manage, and display items described by a user and identified within a database.”Due to the aforementioned merger between Ikan and Freshub, the rights to exclude, assert, sue, license and assign were ultimately transferred to Freshub.

The alleged claims of Patent Infringement:

As described before, Amazon’s Alexa is a Virtual Artificial Intelligence voice assistant that is popularly known to analyseand promptly revert to commands and requests. Alexa was first introduced in Amazon’s Echo speakers but now has been incorporated in other product ranges as well such as- Amazon Fire Tv, Amazon Fire tablet and Amazon Apps.

The technology incorporated in Amazon’s Alexa records the requests given by its user, and sends the recording of this request to the cloud. The Amazon cloud applies the Alexa Voice Service technology to covert the request into a command that Alexa can Interpret and perform. This technology enables the users to add items to their shopping carts or lists with a voice command. This feature can be used to add items in Amazon cart, Fresh cart, prime Now cart, Whole Foods cart and Alexa Shopping list.

Owing to these similarities, Freshub filed a suit against Amazon relying on 35 U.S.C. § 271(a) for alleged Patent infringement. Freshub also alleged that Amazon had been cognizant of Freshub’spatents and technology at least since 2010. Additionally, Whole foods grocery chain, which was acquired by Amazon was also in talk with Freshub about a possible collaboration back in 2014.In view of the above, Freshub alleged either literal infringement and/or infringement by Doctrine of Equivalence, by citing possible similarities.

In Response to the allegations of Freshub, Amazon attacked the patentability of Freshub’s patents alleging they were not patentable under 35 U.S.C. § 101 and invalid under 35 U.S.C. §§ 112 (Specification) and 103 (Conditions For Patentability; Non-Obvious Subject Matter). Amazon also accused Freshub mis-informing the jury of its patents to make sure they looked similar to Amazon’s Echo and Alexa. To substantiate its claim, Amazon relied on the fact that Alexa performs a variety of functions and, all things communicated to Alexa first have to be translated and converted to enable Alexa tointerpret and perform. Thus, it does not meet the “Digitized order” requirement. Amazon also argued that Alexa does not “identify items” corresponding to the utterance. Amazon stated that it uses a “Natural language Understanding Software” to find relevant or similar items, rather than identifying items as such.

Playing the offence, Amazon attacked the veracity of Freshub’s parent Patent Application and accused Freshub of inequitable conduct. Amazon pointed out that the first Patent application by Freshub was filed in 2005 and pertained to a refrigerator with a camera that could identify images. However, this application was abandoned and a Notice of Abandonment had been issued back in 2012. 5 years later, Freshub applied for the revival of its application stating that the abandonment was “unintentional”. Amazon alleges Freshub of Defrauding the United States Patent and Trademark office, by reviving the application in 2018- 2019, with full knowledge of Amazon’s products (Alexa and Echo Speakers) already being launched and available in the marketplace.

Amazon accused Freshub of inequitable conduct with regard to its applicationsto ride on the rising use of Internet of Things (IoT) technology. It also warned jurors that if the Freshub’s claims were to succeed, it could open flood gates of lawsuits against Tech Giants such as Apple or Google, an argument that has been used by Amazon in other Patent Infringement suits as well!

What did Jury say?

Ultimately the jury ruled in favour of Amazon and held that Freshub had been unable to prove that Amazon infringed its patents. Although, this was a swooping win for Amazon yet, the jury did not declare the patents of Freshub invalid and ruled in favour of Freshub on the question of validity of its Patents. Amazon seems to have relied heavily on the fact that Freshub had abandoned its application in 2012, and only revived it due to the immense success of IoT, Artificial intelligence and voice recognition technology. Freshub alleged that the abandonment was “unintentional”, however the jury may not have been convinced due to the longevity of the period of abandonment.

In a narrower view, this is a win for Amazon, however, in a broader sense it also reflects how far Artificial intelligence has come in the last two decades, with start-ups like Freshub and the world’s largest e-commerce company, Amazon employing similar, if not the same, technology. Although Amazon did win this lawsuit, however, the sheer multiplicity of infringement accusations isalarming and a few losses can seriously affect a brand’s image. At the end of the day- you win some, you lose some… right?

We, at Photon Legal can help you maximize your patent portfolio with unmatched IP and technical excellence. Should you require any further details and have some patent worthy ideas, do reach us out at: photon.ip@photonlegal.com .

Liked our blog? You may also like to read following related ones-

ChatBots – your alter ego is here!-https://qma.554.myftpupload.com/blogs/chatbots-your-alter-ego-is-here/ )

3. Machines Cannot Think, Or Can They? – https://qma.554.myftpupload.com/blogs/machines-cannot-think-or-can-they/

4. World Beyond the Universe: METAVERSE- https://qma.554.myftpupload.com/blogs/world-beyond-the-universe-metaverse/