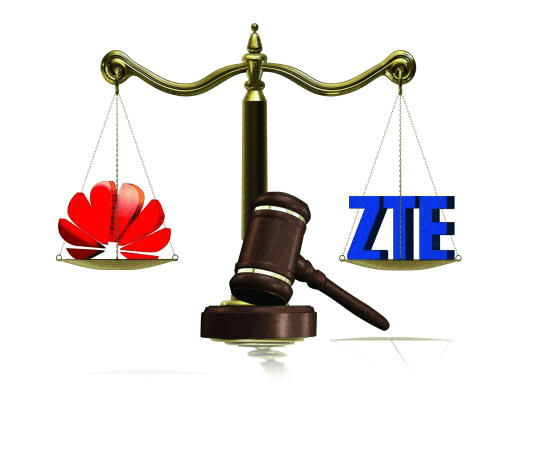 The case was brought before the Court of Justice of the European Union (CJEU) on 16th July 2015 and led to a landmark decision regarding Standard Essential Patents (SEPs) and its licensing. The case was initially filed before the German Federal Court of Justice, by a Chinese mobile network technology company- Huawei, against another Chinese company- ZTE. The case sought an injunction against ZTE for infringing Huawei’s patent. Huawei holds a patent that is essential to the 4G “Long Term Evolution” (LTE) standards and the same was also notified to the European Telecommunications Standards Institute (ETSI). The case brought by Huawei alleged that ZTE was making use of Huawei’s patent as the former was marketing mobile network products in Germany, which comprised of software related to the LTE Standard.

Moving ahead, let’s get acquainted with a few terms. “SEPs” are basically patents essential to implement a specific industry standard. Moreover, Standards are technical requirements or specifications that seek to provide a common design for a product or process. Therefore, Patents which are essential to a standard and have been recognised by Standard Setting Organisation are known as SEPs. Naturally, this could shower companies that own SEPs with considerable market power and could defeat the objective of making standards available for public use. To address this problem, the standards body generally require their members to commit to license these SEPs on Fair Reasonable and Non-Discriminatory terms (FRAND terms).

Therefore coming back to the Huawei case, the issue that the CJEU addressed was this:

The Law
ZTE’s trump card in support of its defence before the German Court was that Huawei’s actions were in contravention to Article 102 of the Treaty on the Functioning of the European Union (TFEU). In brief, Article 102 states that “abuse by any party in dominant position within the internal market or in a substantial part of it, shall be prohibited and considered incompatible with the internal market in so far as it may affect trade between the member states”. Such abuses have been particularly recognised to consist in, directly or indirectly imposing unfair purchase or selling prices, or other unfair trading conditions and limiting markets, production or technical development to the prejudice of consumers among other things. The question of abuse of dominance was further highlighted by the fact that ZTE was willing to negotiate a license to use Huawei’s patent.

Analysis
The German Court felt the questions raised before them were of a complicated nature, as they intertwined principles of both – competition law, as well as Intellectual Property Rights. Accordingly, the German Court decided to transfer the case to the CJEU to unearth this conflict.

The CJEU endeavoured to strike a healthy balance between safeguarding Intellectual Property Rights, as well as maintaining free competition. It placed the onus of initiation of FRAND license negotiations on the SEP holders as the CJEU felt the SEP holder is in a better position to keep in check, whether its offer is in compliance with FRAND requirements.

Prior to the CJEU delivering its final decision, it is in practice for one of the Advocate Generals (AG) to deliver an opinion on the issues brought before the Court. Accordingly in this case, the AG opined that it is imperative to strike a balance between excessive protection for the SEP holder and excessive protection for the implementer. Moreover, he said that although an injunction has the potential to restrict competition, by committing to grant license on FRAND terms, an SEP holder does not give up his right to seek an injunction and that the same cannot by itself considered to be abuse of dominant position. However, he further highlighted that in a case where a potential licensee is willing to negotiate a license, the SEP holder can be held liable for abuse of dominant position especially if the SEP holder has agreed to license its SEP with a Standards body.

Before concluding, on the question of whether the SEP holder is dominant in the relevant market the AG stated that, although an SEP holder may be presumed to be dominant, the same can be dismissed with the help of detailed evidences and case to case factual differences. This becomes relevant as to the question of whether an SEP holder is truly dominant in a market, where a mobile phone manufacturer has to license numerous SEPs from multiple SEP holders to conform to a certain standard. For example, the SEP standard in question, that is LTE Standard has over 4,700 declared SEPs. This means that, companies like ZTE would normally have to arrange numerous cross-licensing agreements with various SEP holders to carry on its business. The court did not delve too deep into this question and so the same is still left to the courts to answer in the hopefully near future.

Conclusion
As has been the norm, the CJEU’s decision reflected and promoted the AG’s opinions. It endorsed that a balance is imperative between promoting free competition and safeguarding intellectual property right of an SEP holder. While holding that an SEP holder who has committed to a standards body to license its SEP on FRAND terms acts in abuse of its dominant position only if it fails to comply with certain obligations, the obligations to be complied with were set out as follows:

The question on whether the grant of SEP confers a dominant position was left unanswered by the CJEU. In conclusion, through this judgment, there is some necessary clarity that has come into the domain of the conditions in which an injunction application can be brought by an SEP holder against an implementer without violating competition law. But the question of whether an SEP holder has dominant position, when it relates to a market place where the implementer has to license a large number of SEPs from various SEP holders to conduct its business, was still not addressed. Furthermore, the question of what amounts to “diligent” response on the part of the licensee to a proposal made by an SEP holder, is still left open for debate and discussion.

At Photon Legal, we analyze recent tech developments in the world and write a blog about different IP issues in our blogs on a weekly basis. To know about role of IP in M&A – click here.