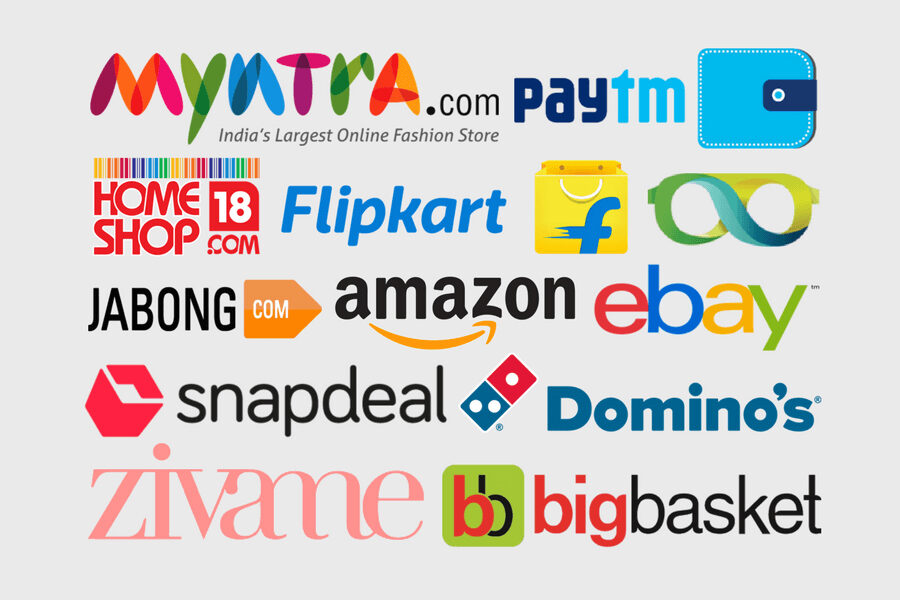 When Uncle Ben told Spiderman that “With great power comes great responsibility” we realized that this quote was not just applicable to the fiction world it could very well be applied to the Non-Fiction world we currently live in. After Reliance Jio introduced affordable high-speed internet to India, the country was taken by a storm and a new era of internet awareness came into play, with easy accessibility of the internet, people started to place their trust over online service providers thereby bestowing upon them certain powers. The E-commerce industry observed a sudden boom in the purchases made online and people started using these websites to acquire original goods. But there have been numerous cases wherein the goods ordered are not the actual goods delivered. Moreover, the E-commerce industry on numerous one occasion has violated the Intellectual Property Right (IPR) of well-known and established brands.

For example, X ordered a pair of shoes of the brand Nike from abc.com, with the belief that he will be getting the original brand shoes after all he paid the price for original Nike’s, but when the shoes arrived they turned out to be low-quality fakes bearing the trademark of Nike. Now X may or may not realize that the product sent to him is a fake and may end up blaming Nike for the low quality of the product. If this charade carries on for a while then the hard-earned reputation and brand image of Nike will be soiled without them even realizing. Thus, one of the main purposes of having an IPR will be defeated. Now, the website abc.com is in clear violation of Sections 2(2)(c), 101 and 102 of the Trademark Act (which basically states meanings of using, applying and falsifying a mark). Now, when a legal recourse for trademark infringement is taken by Nike, then abc.com claimed protection by addressing themselves as merely an intermediary. Now to understand whether abc.com will be liable for the infringement or not we need to understand how the concept of intermediary liability works and how can someone even after technically breaching the IPRs of a third party still escape liability by claiming protection under it.

Section 79 of the Information Technology Act, 2000 states that an intermediary is not liable for third party information, data, links hosted on its platforms, but the intermediary has to absolve itself from any kind of active participation throughout the transaction. Intermediary Guidelines were also issued in the year 2011 to give a clearer picture as to the Due Diligence that is to be followed by such websites that portray themselves as an intermediary. These E-commerce websites generally enter into a contract with a seller to display the seller’s goods on their website. Once the goods are displayed, the end consumer can directly place an order from the website. Now when selecting such sellers, the E-commerce website has to perform certain due diligence to ensure that the product being displayed by the seller is authentic and the seller has acquired permission from the manufacturer to deal with such goods. You may read the due diligence requirements as given under the IT(Intermediary Guidelines), Rules 2011. But the mere observance of the guidelines won’t absolve the E-retailer of Trademark Infringement liability. This view was brought unto view by the decision of Delhi High court in the case of Christian Louboutin SAS v Nakul Bajaj and Ors wherein an E-Commerce website was held liable for the infringing trademark of the company by the name of Christian Louboutin by selling their products without acquiring due permission.

Flipkart and Amazon these two E-Commerce giants are currently the leaders in the Indian market and we rarely see them getting caught up in such situations. So the question that pops up to one’s mind is what are they doing differently? When comparing with other websites such as Darveys or Shopclues, 3 major differences can be observed.

In conclusion what can be said is that all E-commerce websites need to realize that the sellers are different from the manufacturers and it’s only after due verification by the manufacturer should they allow the sellers to sell such goods on their website. When such an act is committed aside from the damage to the intellectual property, brand name the faith of customers over such a trading platform is also lost. People spend their hard-earned money and therefore have the right to receive what they pay for and not fake goods. Therefore it’s high time now that the E-commerce websites start taking Uncle Ben seriously or they might end up with an imprisonment for a minimum of 6 months which can be extended up to 3 years or fine up to two lacs or both, and for subsequent offenses the term keeps on increasing by 1 to 3 years and so does the heavy fine. So, it’s better that the E-commerce platforms start gearing up and take the due precaution as there is no Spiderman in the real world who would help them escape such an adverse situation.