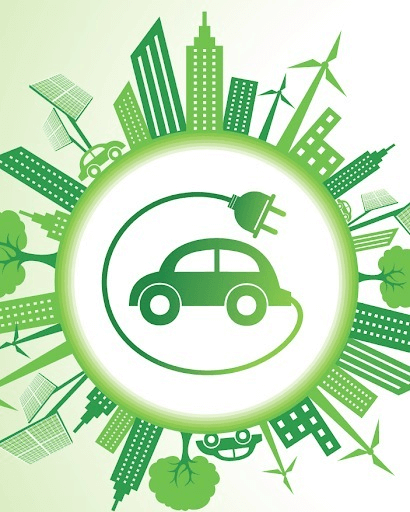 Launch of ‘Audi e-Tron’, Audi’s first attempt at a fully electric SUV, changed the dynamics of automobile industry for good. These next gen electric cars do not comprise on performance, range, acceleration and speed, and also equip you with e charging sockets worth charging another car! Following which ‘Mercedes-Benz EQC’, ‘Jaguar i-Pace’, ‘Tesla Model X’, etc have proved their existence in this future world of electronic automation. Electric vehicles were launched in the mid-19th century, when electricity was among the preferred methods for motor vehicle propulsion. One of the biggest challenges while producing e-vehicles was providing a level of comfort and ease of operation that could not be achieved by petrol/diesel easily. In order to make the world pollution free and to improve the sustainability of the companies in spite of extinction of the non-renewable resources, e-vehicles were designed and produced. Electric vehicle is seen as a possible replacement for current-generation automobile industry to address the issue of rising pollution, global warming, depleting natural resources. Currently, electric vehicles are expected to increase from 2% of global share in 2016 to 22% in 2030.

Countries all over the globe have not only accelerated their adoption of electric cars but have also widely adopted electric scooters and electric motorcycles. Many countries adopted the electric way of public transport to save a lot of share of natural resources. From two-wheelers to public buses, electronic mechanisms were adopted and used successfully. Amongst, the top 10 inventor countries South Korea leads with 18,377 patents According to a survey conducted by ‘Statista’, the size of the global electric vehicle market is expected to increase almost five-fold to reach an estimated global market size of 567 billion U.S. dollars by 2026. This ensures annual growth rate of around 15.6% between 2019-2026. Considering this scenario, countries like US, Japan, Germany, China advanced with another set of new innovations enabling technological progress all over. E-vehicles were booming over the automotive industries giving a lot of opportunities to start-ups and well-known companies a new path to conquer.

Germany, a country known for its leading automotive industry too has boosted its patenting trend. By driving up the number of patents filed for electric vehicle technology, German companies want to win the market share race and hence have prompted the German automotive industry to increase their investment in R&D. The rise in patent filings was driven by the top three German automotive groups – BMW, Volkswagen and Daimler.

Companies like Honda Motor, Toyota, LG Corp began their research and implemented various techniques to beat the industry (Refer figure 2). Toyota Motors quite visibly exhibits a strong patent portfolio. They have been steadily increasing their patenting in this technology since early 2000s. Toyota Motors was also amongst the first ones in the competitors to come up with patents for a hybrid car. Many new players with strong patent portfolios have entered the Electric Vehicle market. Amongst them WiTricity (US) known for developing wireless charging technology and BYD Company (China) an automaker company have ranked on the top.

Conventional plugin Hybrid Electric Vehicles (PHEV) too have been on a rise in the recent years. These vehicles combine a gasoline or diesel engine with an electric motor and a large rechargeable battery. As these hybrid cars have been loved by the public at large, an extensive patenting trend has been observed for the same. Automotive giants like Ford, Toyota and so on have developed a variety of PHEVs and have safeguarded their inventions via patenting.

Initially, Electronic vehicles attracted more customers. In recent years consumers have been more picky about increased range, battery life, efficiency, and affordability. Almost 1.7 million electric vehicles are projected to be sold in China through 2020, and sales figures are expected to double to reach about 3.7 million in 2021. Ultimately, customers favoured charging their cars over spending a big share of expenses on resources like petrol/diesel. Resulting in several researchers and scientists to continue their work in designing and producing electronic vehicles varying in terms of models, acceleration, range, battery and so on.

The above figure symbolizes the ratio of applications filed under electronic vehicles to the grants achieved so far. Due to cheaper electric vehicles, no oil changes, spark plugs or timing belts unlike gasoline motors, electric motors require no routine maintenance along with perks of producing less global warming pollution than the conventional vehicles ultimately, led the patent applications increase in number every year. Several companies, scientists and researchers are still discovering different ways to design electronic cars with customized features. Considering the scenario and environmental conditions it’s time to say goodbye to gas powered stations and welcome this era via electronic cars.